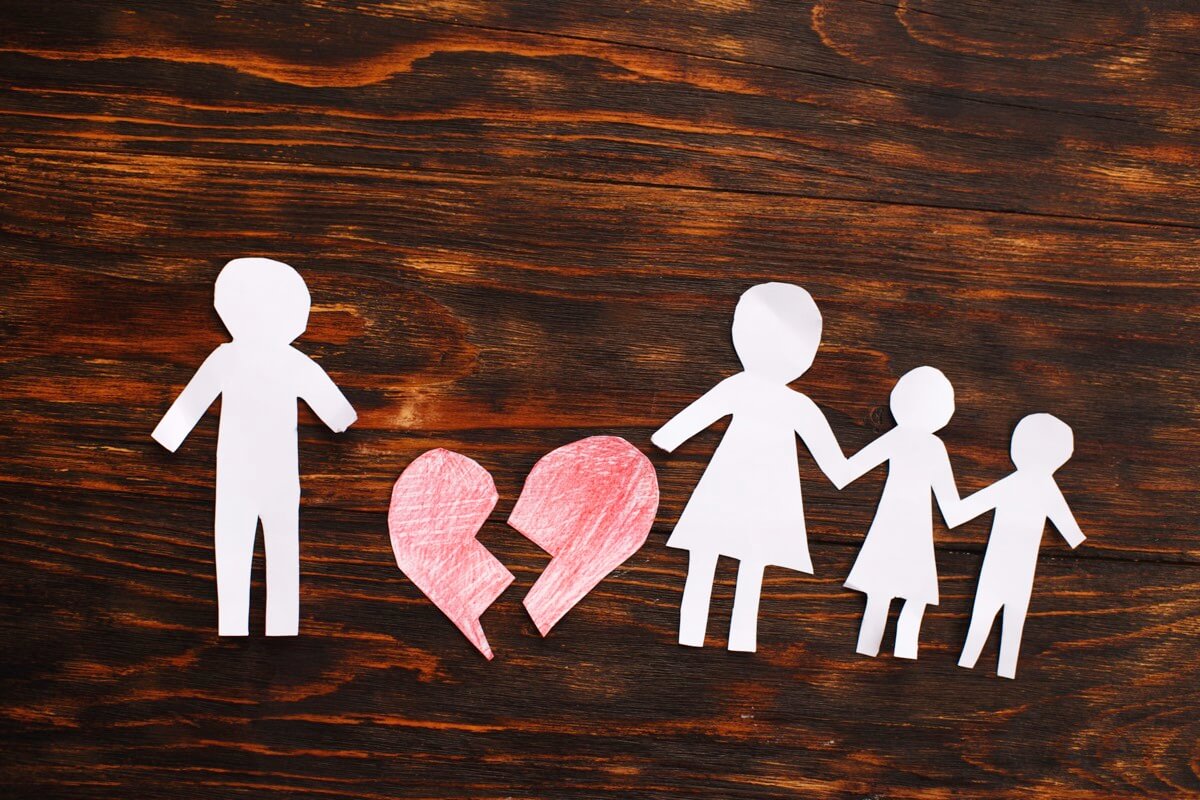 Adverse Childhood Experiences (ACEs) have a profound effect on a child’s biopsychosocial development and subsequent well-being across his or her life span (Felitti, 2016; Schore, 2003; van der Kolk, 2014). ACEs refer to any event that exceeds an individual’s coping capacity, the result of which are feelings of helplessness, hopelessness, and loss of control. Examples of ACEs include physical or emotional neglect, physical or sexual abuse, family violence, witnessing violence, divorce, a parent being imprisoned, substance abuse, mental illness, bullying, community violence, poverty, repeated foster care placements, among others. In a landmark study examining the relationship of childhood trauma and adult morbidity and mortality, the results suggested that ACEs are quite common (Felitti, Anda, Nordenberg, Williamson, Alison, Spitz, Edwards, Koss, & Marks, 1998). For example, 10% of participants reported being verbally abused as a child and over 25% reported being physically abused. Twelve percent of the sample reported witnessing their mother being physically abused. More strikingly, approximately 28% of women and 16% of men reported having been sexually abused as a child (van der Kolk, 2014). According to the ACE findings, 87% of adults experienced two or more traumatic events during childhood, with 11% of adults reporting five or more (van der Kolk, 2014). Only one-third of participants reported no ACEs (van der Kolk, 2014).

The mechanisms of action by which traumatic events take their toll are a burgeoning area of research. In general, the putative factors mediating ACEs and outcome fall into three general categories: (1) Maladaptive coping mechanisms, such as smoking, drinking, overeating, and illicit substance abuse, behaviors in which the individual engages to diminish the anxiety and depression created by childhood trauma. These behaviors become habitual attempts to selfregulate and self-medicate negative affect. For example, stress is a psychological and biological event, which innervates other bodily systems. Adverse events experienced while in utero increase levels of stress hormones (cortisol) in the placenta, which has a significant impact on the fetus’ developing brain. Subsequently, children are more likely to have learning disorders, behavioral disorders, and ADHD, which predisposes the individual to addiction. (2) Chronic, major, unrelieved stress that triggers the brain to release neurochemicals that create inflammatory changes in the body that ultimately leads to organ degeneration and failure. (3) Epigenetics, which refers to the effect of environmental influences on the function of the gene. In short, positive and negative experiences turn on or off various centers, receptors, and neurotransmitters in the brain leading to increased vulnerability for various disorders and disease states (Felitti, 2016). Research examining brain-behavior relationships suggests that early trauma results in structural changes in the brain, increases stress hormones, and recalibrates the brain’s alarm system. The architecture of the brain is constructed through an ongoing process that begins before birth, continues into adulthood, and establishes either a sturdy or a fragile foundation for subsequent health, learning, and behavior. The interaction of genes and experiences literally shapes the circuitry of the developing brain and is critically influenced by the mutual responsiveness of adult-child relationships, particularly in the early childhood years. (Mate, 2016).

Infants are genetically predisposed for connection and attachment with their primary caregiver (Hesse, Main, Abrams, & Rifkin, 2003). An infant seeks proximity to an attachment figure, initially the mother, who serves as a secure base for future exploration and relationships. To form a primary attachment bond, the caregiver needs to anticipate and provide for the infant’s basic needs, including soothing, nurturing, and vocalizing. Endorphins, which are endogenous morphine-like substances, modulate attachment. They are released in the mother’s brain when she cuddles and soothes her baby. Similarly, endorphins in the infant’s brain are released in response to being held. Thus, a biological and social communication system develops between infant and mother. The more responsive the infant’s primary caregiver, the deeper the attachment and the greater likelihood of the child forming healthy interpersonal relationships, developing the capacity to self-soothe, and being able to regulate his or her affect (Schack, 2016; van der Kolk, 2014). These characteristics describe secure attachment. Research has demonstrated that when an infant feels secure in his or her attachment, physiologic metrics such as heart rate, respiration, and hormone levels are low and steady (van der Kolk, 2014). Neglectful, harsh, or unpredictable responsiveness on the part of the primary caregiver can lead to significant deficits in psychological and social functioning, described as insecure, ambivalent, or disorganized attachment. When the infant’s distress is ignored, punished, or both, the child reacts with elevated heart and respiration rates and increased levels of cortisol (van der Kolk, 2014). Attachment is not permanently ruptured by occasional occurrences of mis-attunement. However, a repetitive and cumulative pattern of impaired responsiveness to an infant’s emotional, psychosocial, and/or physical needs disrupts the infant’s ability to navigate the first developmental task life; that is, learning to trust versus learning to mistrust (Erikson, 1959), resulting in fear, anxiety, hypervigilance, and impaired bonding from the ongoing stress. However, since infants have the capacity to form multiple attachments; stress can be mitigated, and bonding will occur with another attachment figure who provides comfort and is attuned to the baby’s needs.

According to Schore (2003), the sensitive period critical to a child’s capacity to cope with stress is from approximately twenty-five weeks gestation through the first two years of life. “The early social environment, mediated by the primary caregiver, directly influences the final wiring of the circuits in the infant brain that are responsible for the future social and emotional coping capacities of the individual” (p.112). A child’s ability to learn to cope with stress is affected by the coping mechanisms of the mother during pregnancy (Mate, 2016) and the impact of adverse events is greatest on developing fetuses, infants, and toddlers. For example, research with EEGs has demonstrated post-partum depression in mothers can be detected by examining the brains of their six-month-old babies (Dawson, Klinger, Panagiotides, Spieker, & Frey, 1992). In addition, bonding between the caregiver and infant shapes the maturation of the right prefrontal area of the brain, which regulates positive and negative emotions (Schore, 2003). Prolonged social stress from neglect or abuse leads to insecure or disorganized attachment in the infant and adversely affect the brain’s maturation, impacting a child’s inability to regulate affective, motivational, and cognitive functions (Schore, 2003). Impaired attachments become perceived as threats and are internalized in infancy and early childhood, thereby setting in motion long-term dysregulation of affect, an inability to self-soothe, and poor impulse control. Consequently, these children are more prone to have learning disorders, behavioral disorders, and ADHD, all of which predispose the individual to addictive behaviors during adolescence and adulthood (Mate, 2016).

There is mounting evidence that interpersonal trauma occurring early in a child’s life, often referred to as developmental trauma, significantly affects major social roles, including marital relationships and parenting behavior. Research suggests that parents who have their own ACE history tend to have inadequate or dysfunctional parenting skills that perpetuate the intergenerational cycle of trauma and abuse (Larkin, Felitti, & Anda, 2014). Studies have shown that parenting can be difficult for individuals who have ACEs due to decreased executive functioning that governs self-regulation (Conn, Jee, Briggs, Szilagyi, Manly, & Szilagyi, 2018). In addition, mothers with a history of ACEs tend to have limited emotional availability during mother-infant interactions, impaired parenting skills, higher levels of child neglect, low selfconfidence as a parent, greater use of corporal punishment, and lack of emotional control in parenting situations compared to mothers without developmental trauma (Lomanowska, Boivin, Hertzman, & Fleming, 2017). Subsequently, children who grow up neglected or abused by a parent tend to be less equipped in their own parenting role. They are more likely to engage in behaviors that perpetuate adverse parenting styles such as impaired attunement, inadequate responsiveness, and/or difficulties in setting consistent boundaries for their children. Thus, developmental trauma is intergenerationally transmitted through a complex web of behavioral and biological factors.

In response to developmental trauma, the child copes through fight, flight, or freeze responses (van der Kolk, 2014). Fight responses include irritability, difficulty in being soothed or comforted, anger, or rage; flight responses include denial, repression, withdrawal, isolation, and avoidance behaviors; freeze reactions are dissociative in nature. In children and adults, reactions to ACEs become reflexive and may be triggered by a variety of interpersonal stimuli, such that the individual perceives and interacts with the world in a constant state of alarm. As this state of hyperarousal and hypervigilance progresses into adulthood, the symptoms of developmental trauma are consistent with diagnostic criteria for Borderline Personality Disorder; that is, difficulties regulating affect; poor impulse control; fear of abandonment; unstable sense of self; unstable interpersonal relationships; suicidal gestures and threats; and stress-related paranoid ideation or dissociation. Divorce and custody litigation may trigger developmental trauma. A trauma-informed approach to interviewing family members considers that everyone in the system may be easily retraumatized and takes steps to avoid iatrogenic harm.

mothers with depressive symptoms: Electroencephalographic and behavioral findings related to

many of the leading causes of death in adults: The adverse childhood experiences (ACE) study.

The Neuroscience behind Developmental/Attachment Trauma and Adverse Childhood

or abuse can have “second generation” effects: Disorganization, role inversion, and frightening

parenting: A neurobiological perspective on early adversity and the transmission of parenting

The Neuroscience behind Developmental/Attachment Trauma and Adverse Childhood

Schore, A. N. (2003). Early relational trauma, disorganized attachment, and the

Van der Kolk, B. A. (2003). Posttraumatic stress disorder and the nature of trauma.